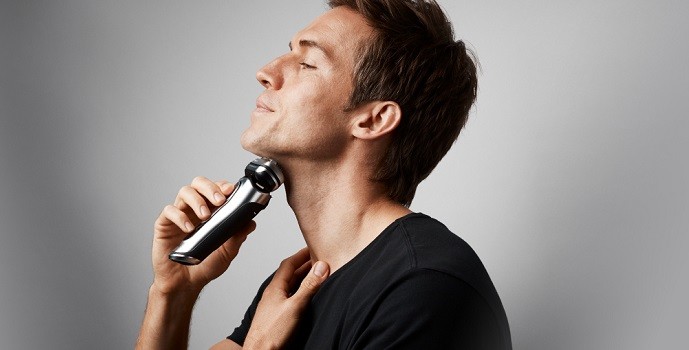 There’s nothing like a smooth, close shave to start the day – but for the most heavily-bearded among us, the dreaded 5 o’clock stubble shadow makes its inevitable appearance, if not at five on the dot, then certainly by the time that night rolls around.

Stubble is inevitable – but you can keep it at bay with an exceptionally close-cutting electric shaver.

Like Philips, Braun has cracked the electric shaving code, creating a product that gives a wonderfully close shave with little to no irritation.

How? Being Braun, the secret is found in their clever German engineering.

The Series 9 Electric Shaver utilizes a SyncroSonic shaving head that contains four cutting elements, each of which performs a unique function. Working in tandem, those four elements allow the Series 9 to cut more hair, and closer, than any other shaver on the market.

Such staggering speeds are made possible by tiny sonic vibrations that rapidly cut and remove hair.

But speed alone isn’t enough – Braun uses its design expertise to optimally position each hair prior to cutting, with Direct and Cut, and HyperLift and Cut trimming technology, which aligns hair that grows in different directions, and lifts flat-lying hairs.

They say that you can’t put a price on quality.

Actually, you can, and the simple truth is that quality doesn’t often come cheap.

Each of the two electric shavers we’ll be discussing shortly sells for over £100 – but when you consider these shavers as investments – tools that perform their intended task well, and that, in the long term, cost less than many alternatives (such as disposable cartridge razors) – the price become a non-issue.

In the world of shaving, closeness and comfort don’t always go hand in hand.

Happily, a close shave and comfortable skin are possible with the Philips Series 7000 S7788/55 Electric Shaver – it’s been designed to maximize comfort, without sacrificing performance.

Made for men with sensitive skin, the Series 7000 shaver highlights Philips’ innovative approach to men’s grooming, featuring “comfort rings” that surround each of the shaver’s three cutting heads.

The rings are covered with a powder-like coating, comprising thousands of invisible microbeads – and it’s no gimmick: the tiny beads create a soft, low-resistance surface that allows the shaver to glide easily over your face.

The result is a marked reduction – in eighty-five percent of men tested – in razor burns, redness, and irritated skin.

Of course, reducing friction around the cutting heads is great – but what about the blades – where all the action takes place – themselves? The Series 7000 features a blade system that cuts even the longest, flattest-lying hairs while protecting the skin.

Specially engineered slots pick up and position each hair, allowing it to be cut as closely as possible, while Philip’s patented DynamicFlex cutting heads move in five different directions.

The result is an exceptionally close shaving action, which follows the unique contours of your face. And the Philips Series 7000 has Aqua Tec technology built-in – that means it can be used dry, or wet – even in the shower, with your favourite gel or foam, for the ultimate close shave.

Like the Philips Series 7000, Braun Series 9 can be used dry, for speed and convenience, or wet, with gel or foam in the shower – for an incredibly close, refreshing shave.

The Philips Series 7000 and the Braun Series 9 are exceptional electric shavers.

They’re both waterproof, allowing for wet or dry use; both are manufactured by well-regarded European companies; and each shaver provides an extremely close, comfortable shave – albeit through the application of differing technologies.

In reality, it would be hard to go wrong with either model – but two factors to consider are the frequency with which you shave, and what type of beard you have.

As a general rule, a rotary shaver (whose blades rotate), such as the Philips Series 7000, maybe a better choice for those who shave less frequently, have coarser facial hair, or whose beard grows in many directions.

Conversely, a foil shaver (whose blades are hidden behind a finely perforated foil), such as the Braun Series 9, may be most suitable for those who shave daily or have finer facial hair.

Both are precision shaving tools, and each is designed and manufactured by a European leader in top-quality grooming products.

Philips is a globally-recognized Dutch technology company, while Braun is a highly-regarded German producer of shaving, oral care, health and wellness, and food preparation products.

Both are time-testing brands in men’s grooming, providing the best electric shavers for close, smooth, shaving.