How to Deal With Going Bald 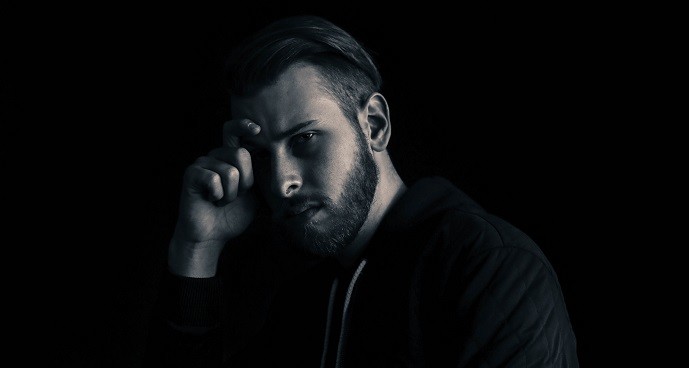 I started going bald in my late 20’s – though it seemed like the end of the world at the time, I’ve grown to discover that baldness has many benefits.

My hair loss was subtle at first, but a large bald patch gradually appeared on the top of my head.

I used to use those hair gels to style my hair. I’d spend ages every morning sculpting my fringe to perfection with gel, but the baldness was getting so bad that the top of my head was turning into a pasting table.

There was no getting away with it any longer – action had to be taken – in the form of shaving all my hair off.

Now, this was a scary situation I’d been avoiding for the past 3 or 4 years, but I finally accepted my fate, plucked up the courage, and set about shaving my head with a set of hair clippers I’d been hiding – hoping never to use.

Turns out, I suited the shaven head look, and with my line of work, I discovered a study that showed bald men are perceived to be more attractive, confident, and dominant.

Joining the ranks of The Rock, Vin Diesel, and Bruce Willis was an honour.

Losing a certain amount of hair each day is normal. In fact, losing up to 100 strands of hair is nothing worry about, because hair follicles grow new hairs in their place, it’s all part of a natural cycle.

Some hairs reach the end of the cycle and fall out, while other resting hairs begin their growth phase. It’s only when the rate of hair loss exceeds regrowth that baldness begins to rear its head.

At some point in your life – could be 30’s, 40’s or 50’s – you’ll realise that they’re not regrowing as much hair as you used to, or that your hair is becoming thinner and weaker. Though, you may be one of the fortunate men among us that holds on to a thick head of colourful hair his whole life.

There are a number of reasons behind receding hairlines and progressively thinning hair in men as they age. It can happen at different stages for each man, depending on a variety of factors, such as heredity, genetics, diet, or stress.

Hair loss is something which affects around half of all men in their lifetime.

Let’s explore some of the primary causes behind it, and some things that might prevent it.

Causes of Baldness in Men

The leading cause of hair loss in men is “androgenetic alopecia”, a condition identified by the thinning of hair at the crown, or a telltale receding hairline.

This condition is closely related to the man’s genetics and, more specifically, how the follicles of the scalp react to sex hormones dihydrotestosterone (DHT) – a derivative of testosterone and a powerful androgenic steroid.

It’s the DHT that is mostly responsible for hair loss in men. What essentially happens when baldness starts to creep in is that the hair follicle in the tiny cavity in the skin starts to shrink, producing hairs that are much finer and unable to regrow after falling out. The follicle stops growing new hair eventually, while still remaining alive.

Genetics come into play as genes influence how sensitive your follicles are to DHT – it’s a genetic predisposition that you can’t control – thanks Dad!

The receding hairline is pretty easy to identify, as it starts with the thinning of hair around the crown of your head which gradually increases until there is a horseshoe-shaped patch of hair that begins above your ears, and meets above your neck.

With male pattern baldness, hair loss starts at a relatively early age, around the man’s twenties; the earlier it begins, the greater the hair loss tends to be. Though androgenetic alopecia can start to show signs much later in life.

DHT blocker such as Finasteride can help to reduce the damage of this hormone, but we do not recommend the use of this, or any drug. DHT blockers have been found to negatively impact libido and energy levels in men.

Also known as alopecia areata, this autoimmune disease causes your hair to fall out in localised random clumps, but the bald patches left behind usually fill back in over time.

The cause of this non permanent condition is not fully understood. Inflammation brought about by an immune system response halts hair growth, consequently, causing hair loss as collateral damage.

An even less likely cause for hair loss in scarring, hair follicles are destroyed and scar tissue forms in the same place, disrupting the follicles ability to manufacture new hairs.

Diseases such as anemia or hypothyroidism could cause hair loss, besides treatments such as radiation or chemotherapy.

Medicines including high doses of vitamin A and blood thinners can be detrimental to the health of your hair, in addition to steroids, known as anabolic steroids, that men might take to help build muscle. It’s not uncommon for bodybuilders on steroids to experience rapid onset of baldness if they’re genetically predisposed to male matter baldness.

We all know that nutrition is key to a long and health life. The negative effects of poor nutrition can show up in your hair and skin first. Issues with your diet can result in nutrient deficiencies that can lead to hair loss.

Never underestimate the potential stress has to wreck your health and life; emotional stress can be a large factor contributing to hair loss.

Poor hygiene may lead to scalp infections, which can cause hair to fall out. Styling your hair tightly into hairstyles such as cornrows, braids or tight ponytails, may also cause damage to the hair follicles.

What You Can Do to Prevent Hair Loss 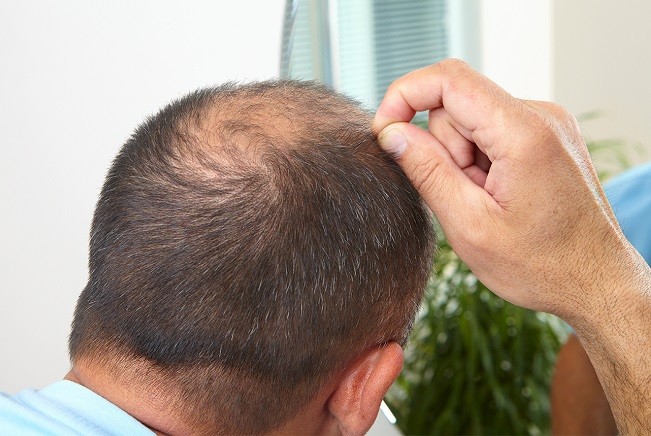 Sometimes it’s just a matter of getting the right creative haircut to emphasise your more flattering qualities and drawing away attention from the thinning hair.

You don’t need to turn to medical treatments if your balding isn’t due to a health issue; there are, however, options for those who would prefer to retain fuller hair for longer.

Minoxidil is a antihypertensive vasodilator medication found in products like Rogaine. This topical medication can be applied to the scalp and has proved to slow down hair loss for some men by stimulating the hair follicles to grow new strands.

The effects of this treatment are relatively slow, though, taking anywhere from four months to a year to show noticeable results; there’s also the fact that the moment you stop using the medication, the hair loss typically begins again.

Remember how I told you that DHT shrinks hair follicles and is the leading cause of hair loss?

Well, minoxidil lotions work by increasing the hair follicle diameter, blood flow and effectively reversing the shrinking affect of DHT. The sooner you start, the better the results.

You might also want to consider a caffeine shampoo such as Alpecin along side Rogaine to maximize hair growth.

Hairpieces or wigs can help with various types of baldness, and can cover both partial and complete baldness. With the wide range of textures, colours, styles and types of wigs available, you certainly won’t be lost for choice. You have the option to experiment as much as you want, or stick to something that’s similar to your old look.

Hair weaves are essentially wigs which are weaved in to blend with your own hair, and they are like permanent extensions; they remain attached even after activities like sleeping, showering or swimming. Hair weaves do need some upkeep, though, as you need to resew them to your hair once it grows out, and you stand the risk of causing damage to it.

If the cause of the hair loss is emotional stress, counseling may actually have massive benefits, both physically and mentally. If you are struggling with anxiety, low self-esteem or depression due to your appearance, don’t hesitate to reach out to a medical professional in your area.

We’ve detailed the various causes of hair loss in this article and also the various measures you can take to prevent it or at least slow it down, if not completely stop it. At the end of the day, embrace what you’ve got because there’s no point in getting down about balding if none of the natural treatments are working for you – just roll with it!

As I’ve stated, shaven heads are scientifically proven to make you more “Alpha” – embrace it – and enjoy the money you’ll save on haircuts every few weeks.