How to Get Rid of Shaving Rash 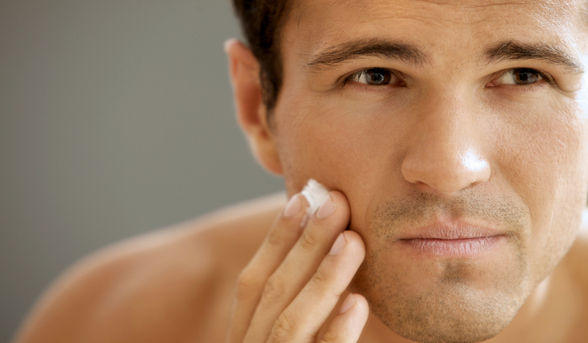 When you think of shaving, what are some of the positive words you associate with it?

Perhaps “smooth”, “close”, or “comfortable” spring to mind, and as they should!

A good shave ought to look and feel like all those things – but all too often, men are plagued with shaving rash.

It usually occurs between 2 and 4 minutes after you shave (as the shorn hairs resume their inexorable growth through the surface of the skin) and manifests as red, occasionally raised, sore and itchy blotches on the face and/or neck. It can even progress into unsightly pimples, which remain in the line of fire, so to speak, because they sprout exactly where you have to shave.

Sometimes it disappears within a few minutes, but the more sensitive-skinned among us suffer with it for hours, and if you shave daily that means you might always look like you took sandpaper to your face in the morning.

But don’t worry – the dreaded shaving rash can be prevented – it can be gotten rid of, once and for all. Want to know how? Keep on reading.

There are five possible factors at play:

How do I Prevent it?

1. Foremost, prepare your skin and beard the right way. Merely slathering on canned shaving gel is not the right way – what you want to do is first wet your face thoroughly with warm or hot water. Facial hair can absorb an amazing 30 percent of its volume in water, and when it swells, it becomes much easier for a razor to cut. It’s ideal to shower before shaving, but if you can’t, splash your face thoroughly, or apply a moist warm or hot towel to your skin for a few minutes.

2. So your face is prepped – great! Next, ensure you’re using a good quality shaving cream or soap – not a cheap drugstore variety of canned gel. Not to speak too poorly of less costly shaving products, but relatively little more money, you can get shaving cream which forms a thick, creamy, superior lather that protects and lubricates the skin, creating a “cushion” between it and the razor’s edge.

3. Apply shaving lather with a brush. Spreading lather – even from a higher-quality cream or soap – by hand just doesn’t have the same effect as spreading it on in a circular motion with a natural bristle shaving brush. Doing so further softens each hair and lifts them from the skin’s surface, making it easier for the razor to do its work. It also gently exfoliates, which reduces the risk of a bumpy shaving rash. Choose a brush which is neither too firm, nor too floppy.

4. Opt for a razor which doesn’t make your skin sore, and don’t let the blade get too dull / blunt. Razors – in particular, traditional safety razors, which we unreservedly recommend over their disposable counterparts – are often described in terms of “aggression”.

This essentially refers to how much of the blade’s edge is exposed and the overall cutting characteristics. Some razors are “mild” and best suited to beginner shavers and sensitive skin – others are highly “aggressive”, necessitating a lighter touch and better for tough, dense beards. Choose what works best for you, which may require some experimentation.

It’s also important to choose a brand of blade which doesn’t irritate your skin, and replace the blade when it gets dull – this varies from after three to ten shaves, and depends on beard density, hair toughness and shaving technique. When you feel yourself dragging instead of gliding the razor across your face, you’ll know it’s time for a fresh blade!

4. Use the right technique. If using a safety razor, keep the blade angled between 30 and 45 degrees away from the face to avoid slicing or irritating the skin. It may take practice initially, but it will soon become second nature. Also – and this is paramount regardless of razor type – keep your pressure light. No need to press hard against your face with the razor – light strokes will suffice, and a safety razor’s head is heavy enough that the weight alone should create enough force.

Use short strokes, and begin by shaving with the grain. As you progress, you may follow with across or against the grain strokes, but take your time, find what works for you and let the skin adapt. Learn to “map” the directions your beard grows in so you don’t have to second-guess which way to move the razor.

Finally, keep your razor clean – not only after shaving, but during. Rinsing it frequently under hot water helps keep the lather you’ve applied slick and removes shaving detritus that could otherwise interfere with the hair being cut cleanly.

5. Soothe yourself. Your chosen “post-shave” routine (or lack thereof) can have a significant impact on how your skin looks and feels. Always begin by splashing your face with cold water to rinse off leftover lather and stubble, and to close the pores. Pat yourself off with a clean towel.

If you prefer to use an aftershave, experiment with different types until you find one which doesn’t cause any irritation. As a general rule, natural ingredients are less harsh, but skin chemistry is highly variable. Better than an ordinary aftershave is an aftershave moisturizer, designed to help restore the skin.

I Already Have Shaving Rash – What can I do about it Right Now?

If you’re already suffering, relief can be had. Start by using a soothing balm – nothing fancy, no unnecessary ingredients and nothing which contains alcohol. You might consider using alcohol-free Witch Hazel extract – this astringent liquid is affordable, closes pores and soothes irritated skin. Finally, if your circumstance permits it, put off shaving for two or three days. This will give the skin a chance to recover and stabilize.

By proactively following a few simple steps, the dreaded shaving rash can be prevented from rearing its ugly head – and if you have it now, you know how to treat it. Shave well and stay smooth!